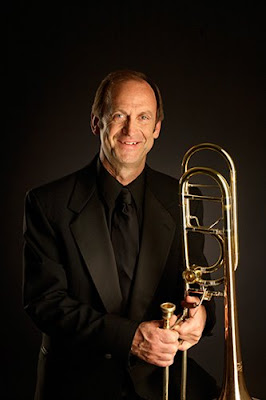 A member of the Chicago Symphony Orchestra since his appointment by Sir Georg Solti in 1989, trombonist Michael Mulcahy has appeared as soloist and teacher in the United States, Canada, Russia, Japan, Argentina, New Zealand, Australia, and Europe, including solo appearances with the CSO, the Bavarian Radio Symphony, the Hilversum Radio Symphony, and the Melbourne Symphony. Also an active member of the Chicago Chamber Musicians, he has collaborated with such artists as Pierre Boulez, Joseph Silverstein, Christoph Eschenbach, William Bolcom, and Yo-Yo Ma. Mulcahy is principal trombone of Chicago’s Music of the Baroque and the Grand Teton Music Festival.